Electrification of the bus fleet and service cars

As a socially responsible company, Voyages Vandivinit has started to adapt new environmentally friendly technologies for its fleet. In 2019, the first five 100% electric buses were acquired, accommodating up to 90 passengers and equipped with a 200 kWh battery which has a range of 130 km. In addition, an OppCharge fast-charging station has been installed at the depot, which is operated by a pantograph and allows to recharge a vehicle in a few minutes. This station can deliver up to 450 kWh. The company has also installed six Combo 2 night chargers and 4 mobile charging stations.

As part of the electrification of the fleet, Voyages Vandivinit also created a new design for the vehicles, under the motto: “Elektresch Mobilitéit: Zesumme fir eng nohalteg Zukunft!“

In addition to this, the service vehicles fleet is being electrified and now includes a Peugeot e-208, a Smart EQ fortwo and a Renault ZOE 100% electric.

For the future and in the context of the reorganisation of the RGTR network, Voyages Vandivinit plans to continue electrifying a large part of its fleet. Recently, 5 MAN electric buses and 3 Mercedes E-Vito were delivered. The plan is to electrify 80% of the currently 130 vehicle strong fleet by 2025. 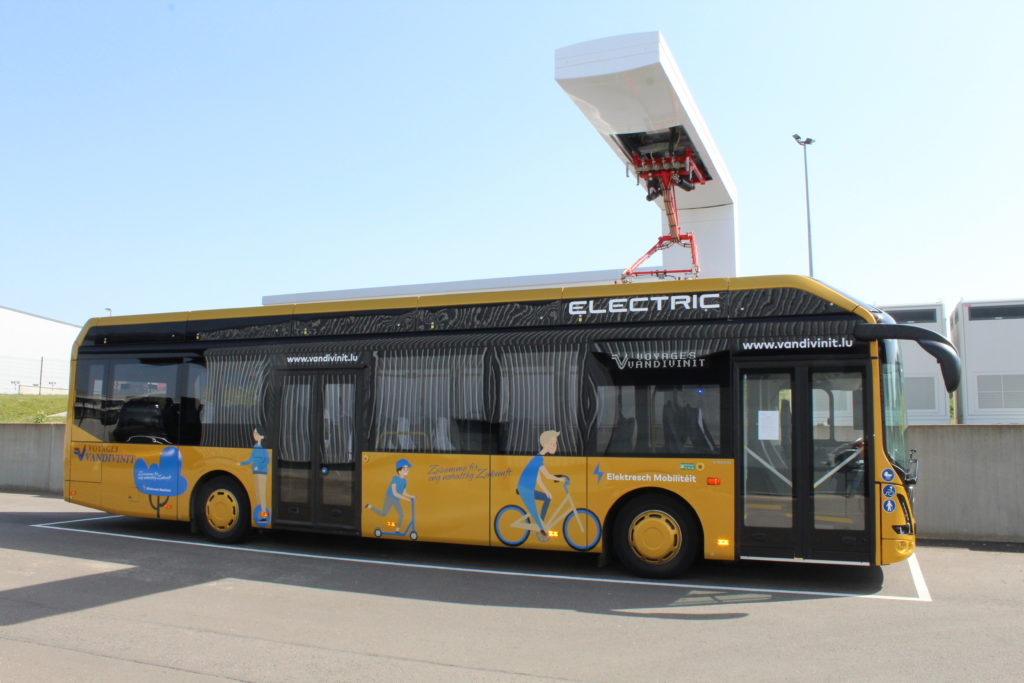 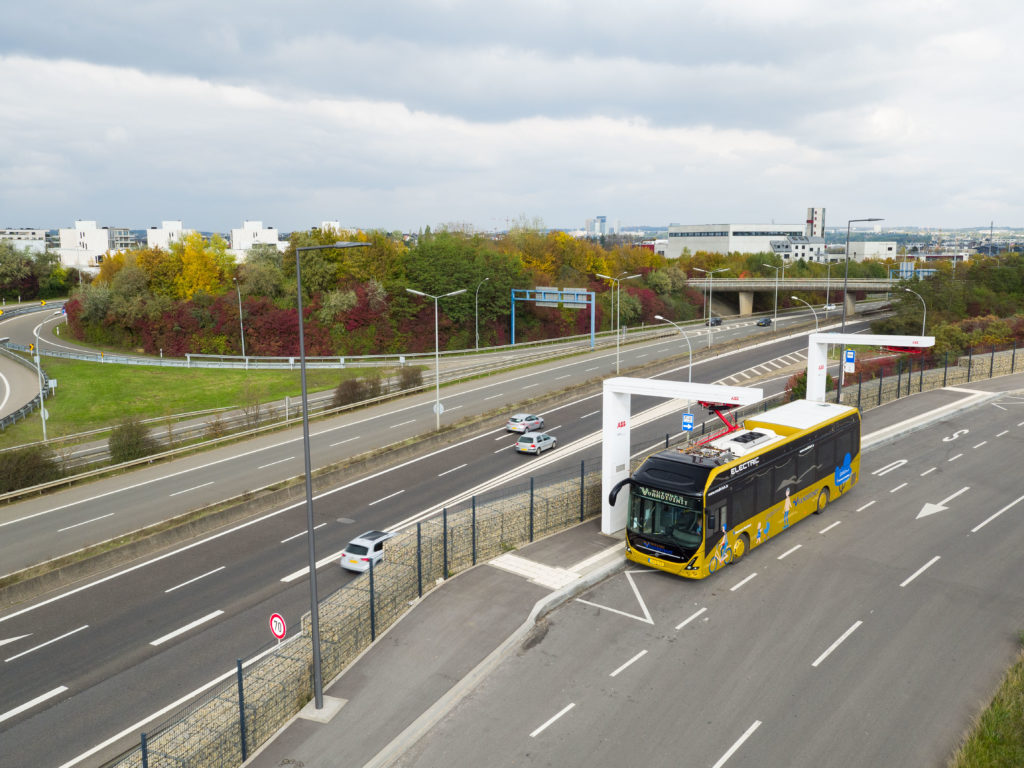 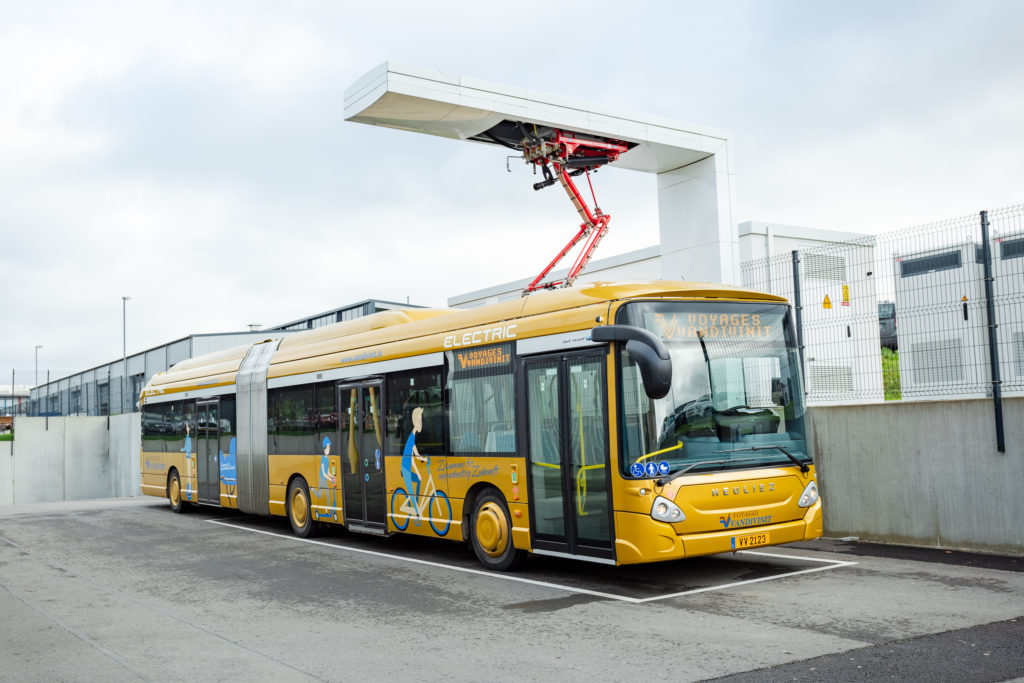 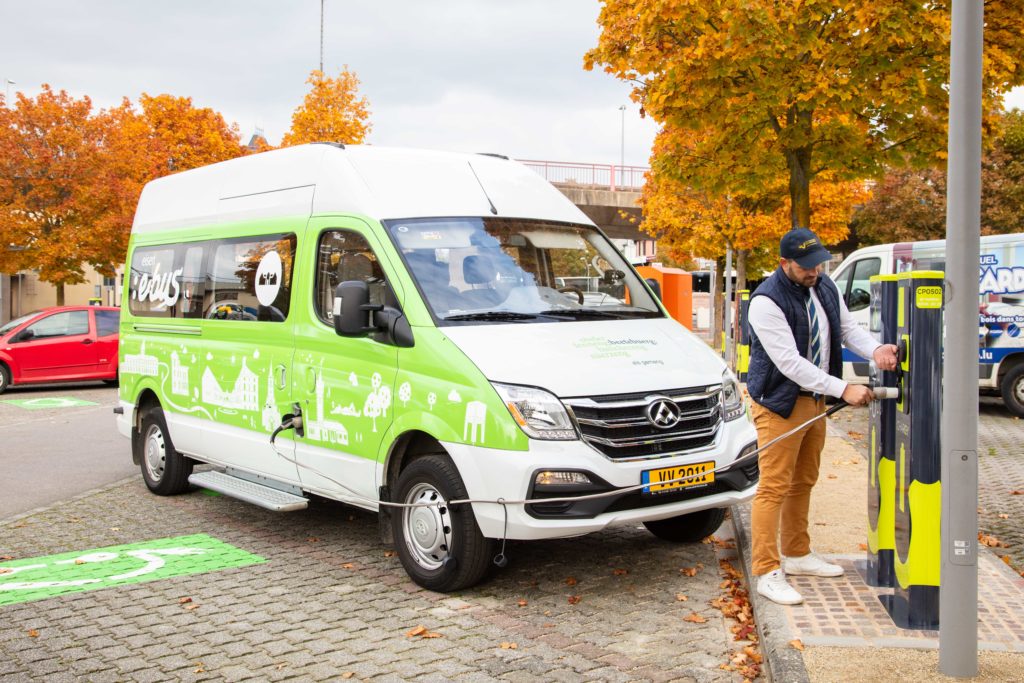 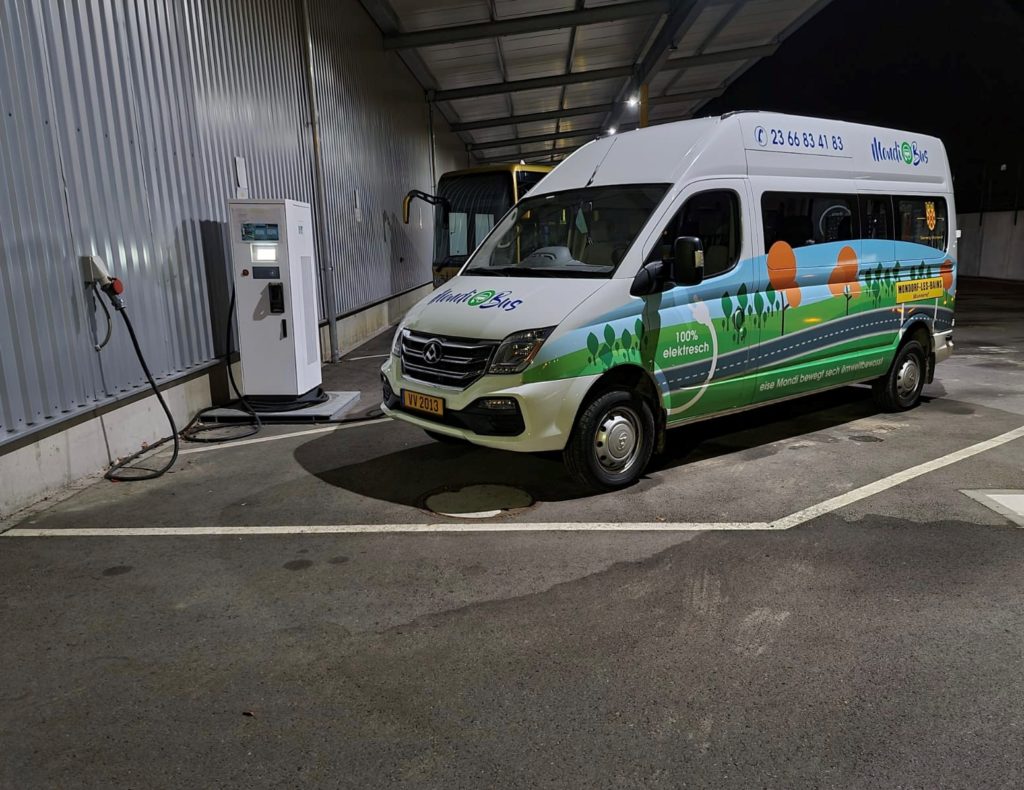 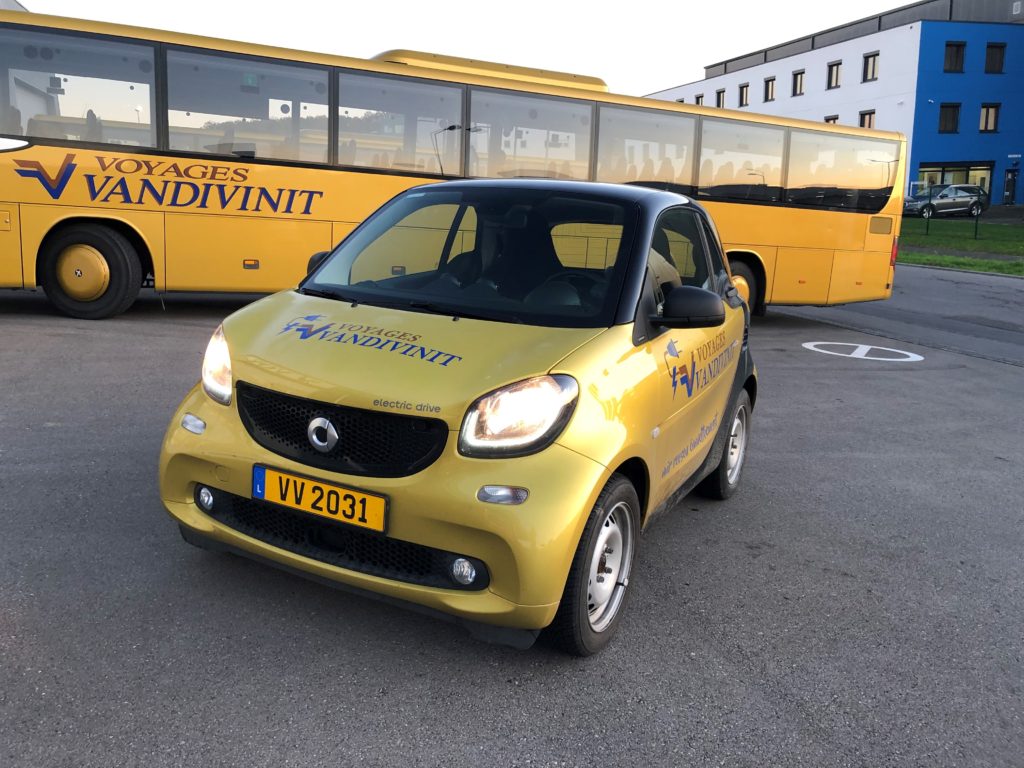